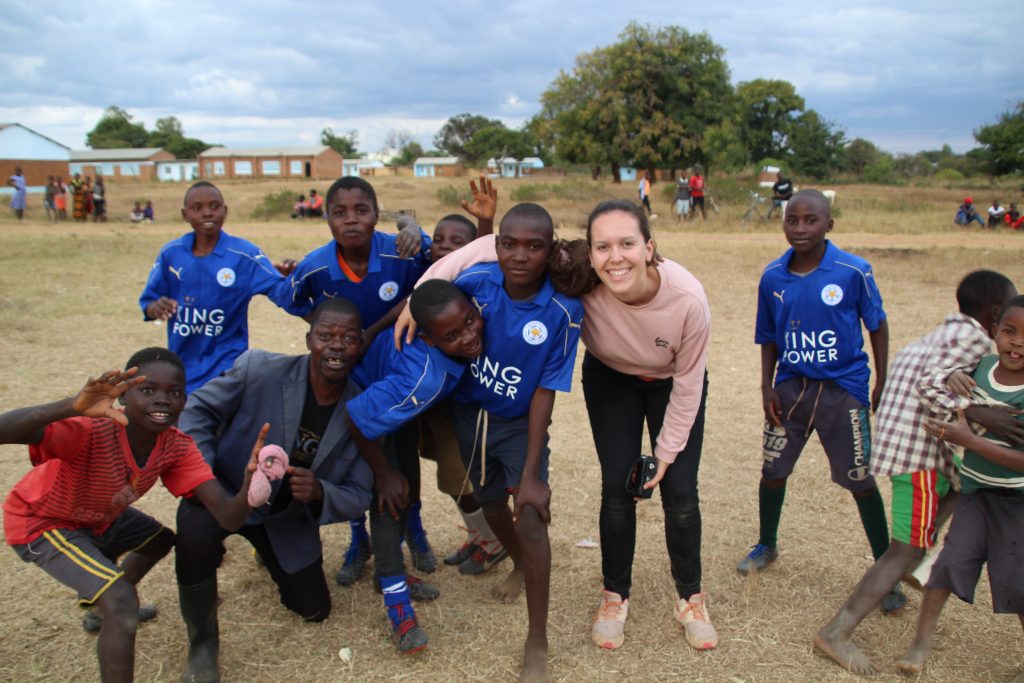 „Around 12 years ago, Nina Eggerath was working in an animal clinic in Malawi, Africa, getting to know the country, its people and their needs. Together with her university friend Katrin Kramer, she founded the charity “Kids for Kids in Africa e.V.”. At first, it raised funds with the help of children from Nina Eggenrath’s hometown, who sold pearl brooches and little bags sewn by children in orphanages in Malawi. Kathrin Kramer and Nina Eggerath made it their life mission to help orphans in the poorest regions of Malawi with the support of German children and their parents, by collecting donations of money and toys, for example stuffed animals. In 2010, they also established an education program to fund a high school education for talented poor kids. Nina Eggenrath regularly flies to Malawi together with one of her four children, to provide their project manager Clement Manjalera and his wifer Merriam with donations. This year I, Johanna Hofmann, 21, a medical nurse specializing in children’s care from Erlangen, Germany, had the opportunity to tag along with the two of them. Together, we planned to visit the charity’s newly built orphanage in Michnji, for which we had collected donations.

Since my town, Erlangen, is close to the town of Herzogenaurach and the PUMA outlet there, I stumbled across Charity Cat. They happily donated several footballs, goalkeeper gloves, kits as well as trainers and football boots. Once in Malawi, we had a big donation day in the orphanage, where the children received blankets, toothbrushes, stuffed toys and Charity Cat’s donations. They especially loved the footballs, since they normally only have homemade balls made of tied-up plastic bags to play with. Many of the orphans had lost one or both of their parents to HIV very early on, they live with foster families that are very poor themselves and cannot afford great luxuries like toys. By taking part in sports activities together, they can learn together while playing. After school and their housework, they can meet up with their friends, play football together – simply put, to just be a child and play for a few hours.”

You can find out more about the charity „Kids for Kids in Africa e.V.“ by following this link.
(Link: https://www.kfka.org )